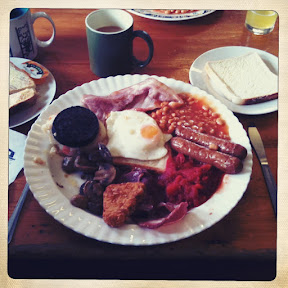 Spent the weekend doing birthday celebrations with a houseful of kids and and airbed. Much fun was had by all, especially the kids thanks to a rather smashing bouncy castle, and the "special" truckstop breakfast set the bank holiday off to a good start.

Back to the working world then, and political wrangling means I'm somewhat between projects. Took the opportunity to install a decent java development environment while watching the BBC's adaptation of Terry Pratchett's Going Postal. It was extremely well done and is, I think, my favourite adaptation to date. Yes, possibly even on a par with The Hogfather. Impressive, I know.

The only minor gripe is that the golems didn't really look ... rocky enough. Instead they looked like men in an odd rubber suit. I think the problem was that they weren't as big as the are in my imagination, standing a mere 7 feet tall rather than the 10 foot hulking bouldery masses I had conjoured in my mind's eye.

Still, the acting was brilliantly believable, and the thing that most subtley made it work was actually the lack of something. Previous adaptations have felt like the production team were so excited about making a Discworld adaptation that they couldn't help but put cheesey, 4th wall destroying titbits in there to say, subliminally, "WE'RE MAKING DISCWORLD YAY!" I think this was helped by the fact that none of the characters (save Lord Vetinari) are recurring characters in the series. It was their first outing, and set away from Unseen University, and even the Watch had a very small involvement.

Having got my dev env set up, I'm now heading to St Albans for a couple of days to get acquainted with this new project. Joy. I'll be staying in the (hopefully not ironically named) Quality Hotel. I'm sure it will be an experience. Then I get to come home and try to prevent my boiler blowing me up. 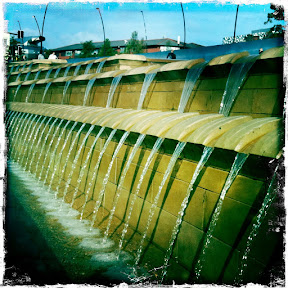 Not sure what's up with it. It's fairly new (less than 2 years) and been working fine, then yesterday it made ... THE NOISE. It's an odd noise, somewhat reminiscient of a jet engine, but with the vent vibrating wildly and the rumbling, shuddering of the boiler itself it reminded me more of the bunker from Lost. Maybe I didn't type the right numbers into the central heating control panel? Maybe my toilet is sat on top of a powerful energy source capable of destroying the world? Maybe there's a small blockage in one of the pipes? Oh, the drama!

And here I sit on my train to Leicester, the first of three today. Just finished my latté, listening to How To Destroy Angels, and really quite in need of the bathroom. At least the weather is nice.