February 18, 2012
I have just had reason to open up two ageing laptops to retrieve their CMOS batteries. Here is a quick rundown of what I had to do to get to them. 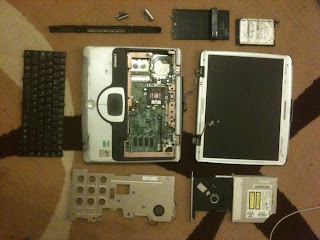 What I had to remove:

Total screws: 19 T-8 head screws of varying sizes, including 4 sprung screws that have to be removed and replaced in a specific order to prevent the heat sink breaking. 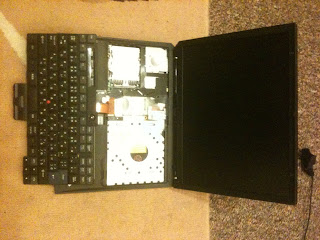 What I had to remove:

I think the conclusion is fairly obvious. The R30 is a "consumer" level laptop, so doesn't have the shear awesome build of the T or X series Thinkpads, and yet even for something as simple as this it runs rings around the other "big brand" laptop I have the misfortune of owning.

Thinkpad. Because anything else is just a world of pain.