Of Gimps and Curves

November 03, 2010
Of all the photos in my recent Manually Autumn post, the picture of my garden gate garnered most praise. In part it was for the subject matter and composition, and in part for the beautiful colours and dynamic range of the film.

Shooting digital means you lose some things that film gives you. First and foremost, you lose the large upfront costs and processing costs. So that's a plus. But you lose out in other areas. Film has a wider dynamic range than almost any digital camera, so where a dSLR would have blown out highlights, film will fill it in with subtle detail. Film also has properties unique to each formulation. I used Fuji Superia film, which has a slightly green, almost ethereal feel to it in the right conditions.

It got me to wondering if I could replicate the feel of the film using a curves preset in my image editor of choice, The Gimp. Of course, if I ever got round to acquiring photoshop, it would probably work there too. I went out and took a picture of my garden gate with, roughly, the same composition. I say roughly because, frankly, I did a terrible job of it. But it'll do for the purposes of this experiment. 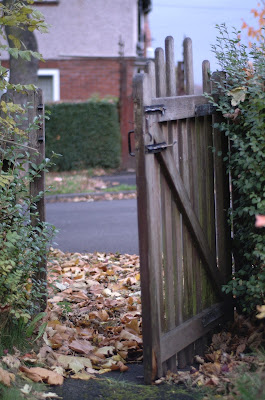 As you can see, it's slightly skewed to one side. I'll fix that later, but it does mean some of the bottom will be cut off. 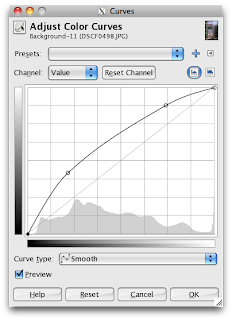 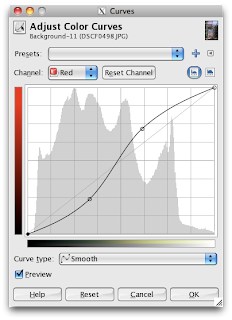 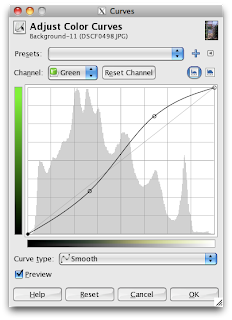 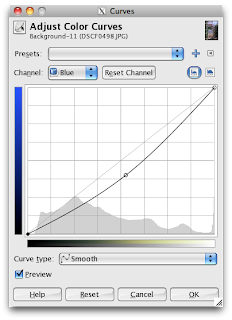 Save this as a preset, and let's check the results against the original.


Not bad at all! There are very slight colour variations due to the different weather conditions, and the fact that the leaves are browner. Also, it hadn't been raining when I took the second picture, so the ground in front of the gate appears lighter. The digital version does appear to be a little brighter, a little sharper, and with a little less contrast at the bottom end. Still, pretty darn close.

Next task is to take two identical pictures using both cameras, apply the saved curves to the digital version, and see how close the film version is once it is developed.

While I was at it, I also saved a slightly modified set of curves that enhances the red and green. I call it "Warm Autumn" and it lends a subtly different feel to the image. 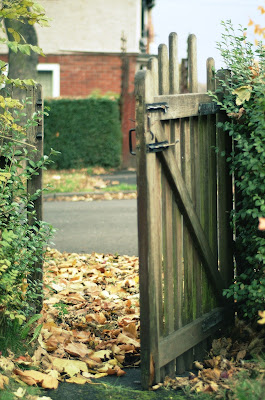