August 25, 2010
Today's topic is light, shadow and contrast. I used a small wooden block puzzle just because it's an interesting shape, and a slave flash because it lets me control direction, intensity and softness of the light. I covered the on-camera flash with a small box to make sure it didn't get in the way (the slave is light activated so I couldn't just turn it off, which is a shame).

I took a few pics, all in black and white to give a better sense of light and shade and not be distracted by colour. The one I have chosen is, technically, a terrible photo. The shadows are black, the light is pure white. It's blown out and horrible. But sometimes it's OK to bend the rules, and for the purposes of this project it's perfect. I like the gradual change from pure black to pure white across the diagonal leads the eye, and the texture on the wood came out perfectly.

This shot is one I made up while playing with putting the slave flash closer to the subject. I thought it would be cool to have the extremes of black and white visible in the picture. 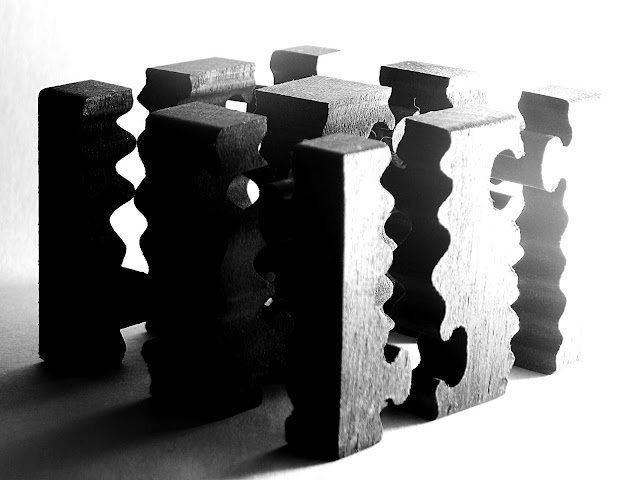 As a (second) one-off special, I'm including two pictures today. This second one is the shot I originally intended to capture. It was hard to choose between them. 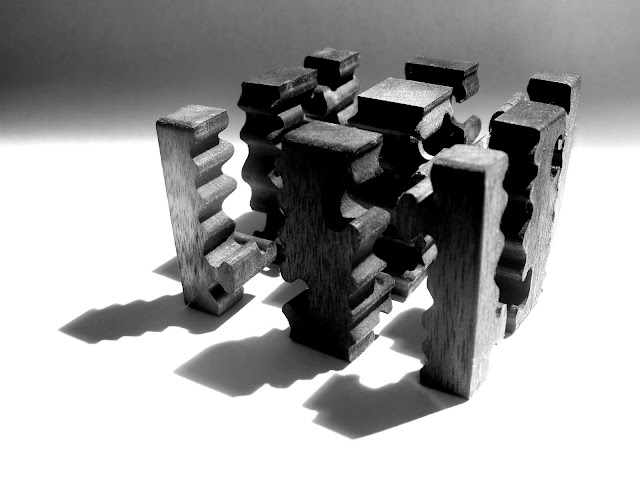 I'm not sure if the gradient grey backdrop adds to or detracts from the picture. Maybe a third flash to blow out the background while maintaining the foreground tones could have worked, but it may have just obliterated the shapes of the shadows of the blocks.

As yet another added bonus, I'm also including a 100% crop of the second photo to show the wood detail. It is in itself a pretty cool picture. 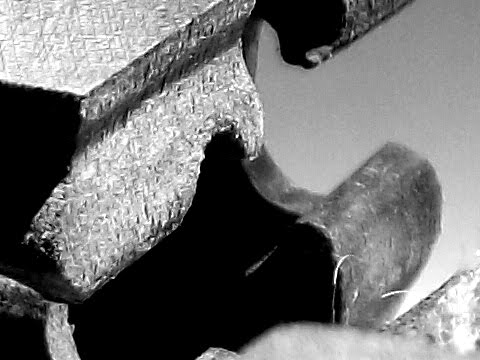