September 29, 2010
Last night saw Lacuna Coil return to Sheffield for the 2nd time, marking the 3rd time I've seen them live. The first time was in 2006 at the Corporation, the same venue they played yesterday. The second time was in Manchester Academy earlier this year. Yesterday's set was, by far, the best I've ever seen them play.

On to photography, then, and I, obviously, took my camera with me. Aside from the obvious gig pictures capturing the moment, I had a theme in mind. What is more central in metal music than the guitar? Well, the drums, I suppose. But they're in everything. Vocal styles vary wildly, extra instruments play their part, but the humble electric guitar is right there in the centre of just about every metal song there is. Unless it's being played by Apocalyptica, but they can be the exception that proves the rule. Or something.

Anyway, I don't have to justify my choice of theme to you lot. It's guitars. So there. On to the pictures! 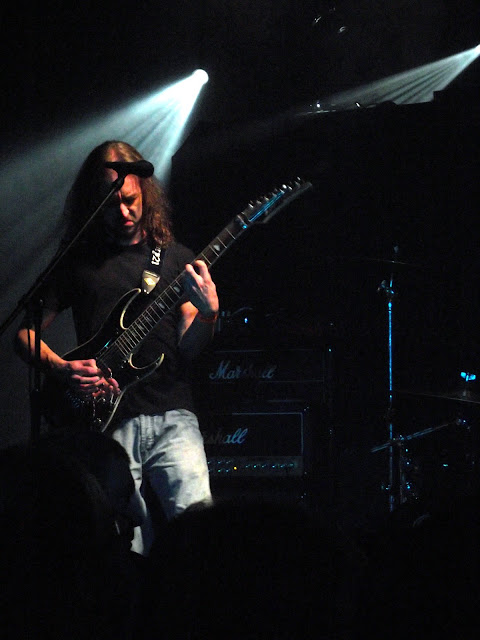 The main picture of the day today is of Mark, the vocalist and lead guitar of Troika, yet another great Sheffield band that I'm taking the time to find out more about. My favourite part of this picture is the reflection of his hand in the surface of the guitar, and the curve shape made up of his body, the guitar neck, and the angle lights taking the viewer's eyes up and over the side of the image. 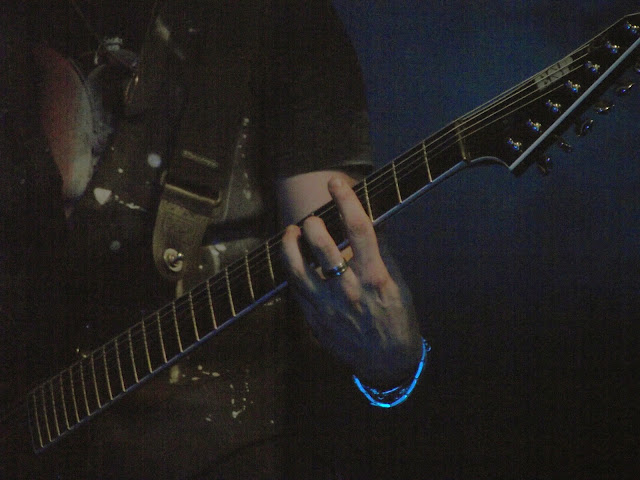 Next up is Marco Biazzi's guitar from Lacuna Coil. It's a shame the top right corner is cut off a little, but I think the picture works well as it is. Plenty of interest left and centre, and the diagonal keeping it looking at least a little bit dynamic. 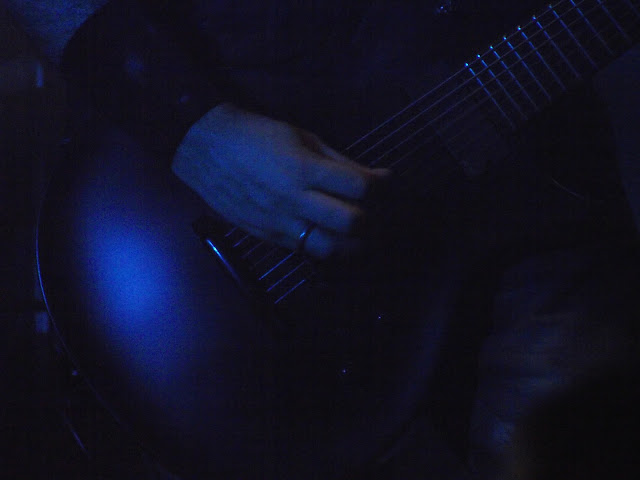 This here is Cristiano Migliore's guitar from the other side of the stage. I like this picture, but it's entirely too dark and there's not enough contrast. I tried to boost it a little but the high ISO means it's too noisy to be rescued, which is a shame.

I took a couple of others pictures of Troika and Slaves To Gravity, but the lighting conditions meant they didn't come out. Really need to take the dSLR to things like this. Manual focus and a massive sensor are a must for this type of lighting arrangement.