Sunset on a fast train

September 08, 2010
Today's picture is a product of boredom. On the train home I was mucking about with continuous autofocus and wondered if I could get some nice pictures of the spectacular views I often whizz past at a hundred miles an hour. The answer would be no, because it was going dark and I was shooting into the setting sun. This made for some great sunset pictures, though, and here is my favourite. Taken at 1/500th of a second it freezes the motion of the train nicely, and it's fast enough to eliminate the reflections in the window. 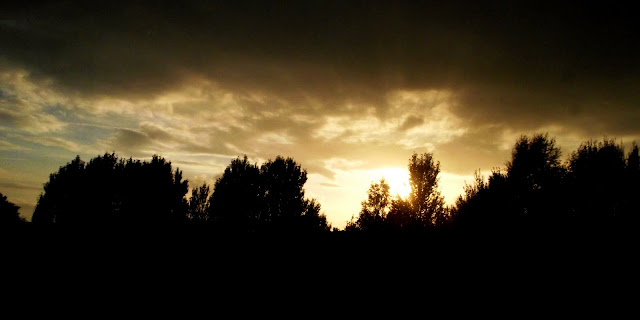 Speaking of reflections, as the train went through a tunnel on the way to Chesterfield I made good(?) use of the black background to take a self-portrait of sorts. Putting the camera right up against the window resulted in this through-the-lens picture. The wide angle of the lens captured the reflections on the far side of the glass resulting in more detail than I expected. Completely out of focus and loads of camera shake due to a 3 second exposure on a fast train, but pretty cool anyway. 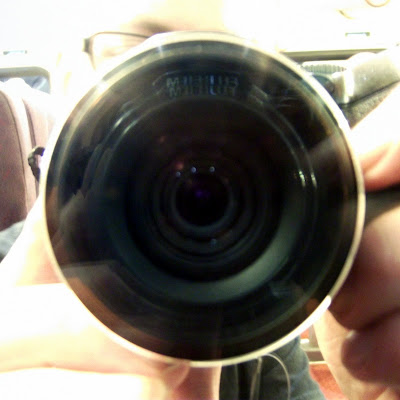